The Cat Who Lost His Meow

About the Book Title: The Cat Who Lost His Meow | Author: Angela Muse | Illustrator: Helen H. Wu | Publication Date: June 1, 2014 | Publisher: Independent | Pages: 32 | Recommended Ages: 3+ Summary: Chester the lazy calico cat has suddenly lost his meow. He’s looking everywhere, but can’t seem to find his voice. When Chester puts himself in a frightening situation he not only finds his voice return, but he also finds his courage. This experience makes Chester appreciate things a little bit more than he had before.
Post a Comment
Read more

Mysteries of the Grand Canyon

About the Book Title: Mysteries of the Grand Canyon | Author: Marie von Minden | Publication Date: March 21, 2013 | Publisher: | Adventures of Discovery: Independent | Pages: 110 | Recommended Ages: 5 to 12 (read-aloud for younger children) Summary: The author of the first interactive Grand Canyon ebook for children takes her readers on an exciting journey as a lively little dog befriends a California condor and an Abert’s squirrel, and together they explore the canyon. What child wouldn’t want to go on the adventure of a lifetime with a great pup like Kristi Kay and follow her on a multimedia journey that is both fun and educational? Amazing stories told by her new friends keep you wondering what surprising new secrets they will reveal next. What happened to the people that lived in the canyon? Will the condors in the rescue program survive? This adventure story for elementary grade children offers an engaging way to experience the Grand Canyon.
Post a Comment
Read more

Some fun, some foolery and lots of short stories... 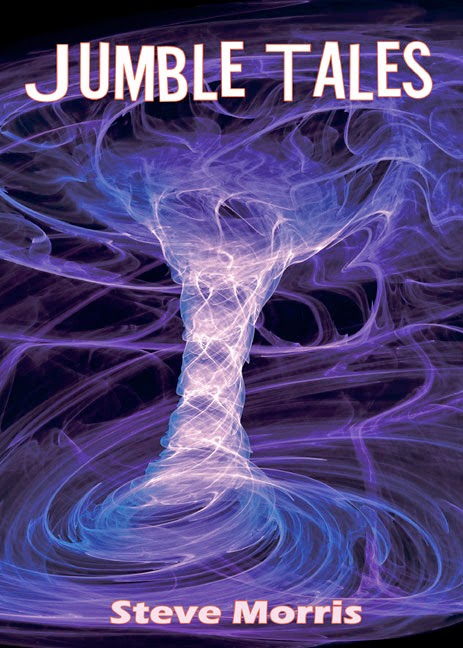 Some fun, some foolery and lots of short stories... Seen as the cast-offs of stories that weren’t good enough to warrant novelisation; short stories have a bit of bad rep. Morris challenged this preconception with his earlier collection In all Probability with a great degree of success, so it is perhaps no surprise that encouraged, he has produced a further compilation of shorts for our consumption. As with In all Probability, Jumble Tales is a mixed bag. Our favourites are One-Nil and Get it Out of Your System . Both offer a unique perspective of their protagonists and are brimming with humour, irony and ridiculously sublime wit. Each story possesses the now familiar unflinchingly open, matter-of-fact style that is synonymous with Morris’ writing; but as with its predecessor not all stories are made equal and there are a worryingly high percentage of duds in Jumble Tales.
Post a Comment
Read more

Richard Van Holst's review of 'Out on Top', a new collection of short stories by Steve Morris 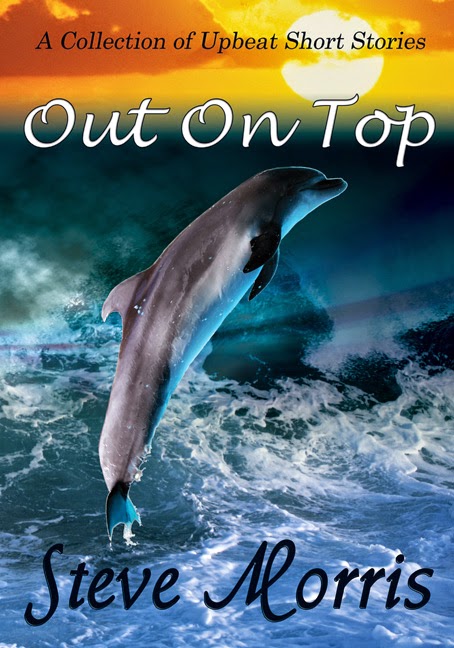 This new collection of short stories by Steve Morris has some family ressemblances to his earlier work, because we see some familiar themes emerging. His protagonists are often misfits, or at least maladjusted in some way, and therefore they stand in some sense outside of mainstream society looking in. In this book, good reasons are given for this, such as lack of maturity, or past trauma. But let's face it; we all like to root for the underdog. And this makes it all the more possible to get into these stories. Steve seems to enjoy sports. I surmise this from the way in which his characters participate in them with such great intensity. Steve can convey the adrenaline of the individual team member as well as the spellbound fascination of the spectators. I suspect that Steve also has a great affection for animals. For he writes about them, sometimes with humour and sometimes with pathos. He tries something here which I think is new for him: one tail tale is narrated partly f
Post a Comment
Read more

OTOLI is a tough and questioning story of bullying and the consequences of revenge. Although, a relatively short book, this is excellent and much better than I expected. It is haunting and really makes the reader think and engage with the characters. The story revolves around three main characters; Alice, Kieran and Jenny and a group of bullies known as the Populars. Alice Turner is a year eight pupil at Stowton Middle School who has become a victim of bullying by the girl gang – the populars. Deeply unhappy, Alice finds herself wandering into a cafe called OTOLI that she has never noticed before. There she meets Jenny the mysterious waitress who always seems to be scrubbing the same table clean. Alice is initially excited to have a friend, but she soon realizes that this friendship may come at a price.
Post a Comment
Read more

"I can’t predict future events. Neither can I pick race-winners nor National Lottery numbers alas. That would be easy money and I would have made my pile years ago. I don’t believe anyone actually can do those things. Ironically I’ve never believed in all that hocus-pocus nonsense. It’s all just tricks. What I can do is pick up the predominant thoughts of a person standing in front of me. Mine is an inherent ability, a science, and a human skill that so far only a few of us have learned how to use." Reviewed by A J Kirby In his introduction to Jumble Tales, Steve Morris writes, "Life is a gamble in itself and perhaps sometimes, too much of one. Its course of events is continually being determined by what is in effect, the equivalent of a series of dive throws, unpredictable to all but Lady Luck herself. The difference between fortune and misfortune often is as finely balanced and as simple as that". These stories, he writes "examine life’s possibilit
Post a Comment
Read more

Prince Iggy and the Kingdom of Naysayer: "An entertaining fantasy with a quirky, inventive storyline" ~ Kirkus Reviews

About the Book Title: Prince Iggy and the Kingdom of Naysayer | Author: Aldo Fynn | Illustrator: Richie Vicencio | Publication Date: November 5,2013 | Publisher: Boa Press, LLC. | Pages: 156 | Recommended Ages: 8 to 12 Summary: All Iggy Rose wants is for the kids at the Naysayer Academy to like him, and one special girl in particular. But instead, he gets teased and taunted. Every day, he eats alone in the cafeteria and gets beaten up after school on the playground. But when a cruel prank leads to Iggy's escape from the academy, a wild, unimaginable adventure begins. Why is King Naysayer offering a hefty reward for Iggy's capture? When Iggy joins forces with an eclectic cast of characters, he discovers the answer. But before he can escape from the kingdom of Naysayer, Iggy must first reclaim what is rightfully his. Does this sad, lonely boy have the courage to battle the biggest school bully, a mean headmistress, and a greedy, cruel king? Will Iggy finally belie
Post a Comment
Read more
More posts