Quite simply a cracking & down to earth read 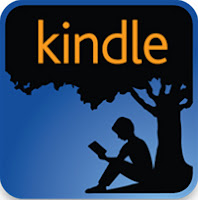 Title: No Cousin of Mine Genre: War History Kindle eISBN: 99781782280255 The e-book edition of 'No Cousin of Mine' by Derek Smith is free on Amazon from 26, 27 & 30 June, 2013. If you haven't picked up any of Derek Smith's publications yet, this is a great opportunity to try one of them for free.  More...   "Historical account that features the ground crew of Number 256 RAF night-fighter squadron, part of the Second Tactical Air Force in Western Germany."   Download Kindle - No Cousin of Mine   “Quite simply a cracking & down to earth read” …publishedbestsellers.com Download, enjoy the read and consider writing a review on Amazon or Goodreads . Thank you.
Post a Comment
Read more

A candid review of Falconer's 'A Fearful Madness' by Margaret, BooksPlease blog

The Review Julius Falconer uses language in a more formal way than many other modern authors. His sentences are carefully punctuated, his vocabulary is extensive (meaning there are some words I had to check in the dictionary – and one or two weren’t in my dictionary) and he uses many literary references and illusions. I like his style of writing, although in parts it does tend to be long-winded. It’s a complex book, following each of the three investigations – some of which seem highly unlikely, but then they do say that truth is stranger than fiction.Two people had been suspected of murdering James Thwaites, the verger, but the police were unable to produce any evidence and the cases against them were dropped. It appeared he had been stealing rare and valuable books from the cathedral and selling them on the black market. I was intrigued by the book-trafficking business which on the one hand was highly organised involving the use of white van drivers, and on the other seemed rema
Post a Comment
Read more

'Funny How Things Work Out' | Biography | by Chris Pownall  featured in the Shipping Today & Yesterday Magazine July 2013 Read the feature This is the story of Chris Pownall’s life beginning from early childhood to retirement. Chris’ autobiography is unique because he tells his story with a slant towards the more hilarious side of his life. Chris has always had a reputation for being there when things were going wrong–but it’s nothing to do with him really! His former work colleagues will bear witness to situations involving freak weather conditions and disrupted travelling arrangements. His sense of humour has seen him through many difficult situations–which he managed to salvage with wit and discretion (Even if he says so himself). Chris enjoys humour and receives great satisfaction in giving others a reason to laugh.
Post a Comment
Read more

Enter to win in this 'Pride’s Puget Sound' Book Giveaway

John Pride is a forensic accounting investigator for the FBI and the Royal Canadian Mounted Police. He lives on a Puget Sound island west of Seattle enjoying the quiet life between cases. When he receives an unexpected phone call with unfortunate news it sends him packing his bag and flying to the mainland. At the University of Washington someone has cut short some genetically modified organism experiments with an explosive bloodbath. John is the investigation's only hope as their best evidence is internet based-Pride's specialty. His investigation takes him to Chicago, the Caribbean and back to his Puget Sound home. John Pride, almost retired but always up for adventure must stop those terrorists responsible-or else this could be his last case. "Anyone who likes fast action, twisting plots, and exotic locales . . . cannot fail to be taken in from page one and kept turning the pages to see what happens next" Patrick Taylor - New York Times bestselling author of the
Post a Comment
Read more

Title: Jack the Ripper Genre: Crime and criminology / True crime Kindle eISBN: 9781782280057 The e-book edition of 'Jack the Ripper' by Peter Hodgson is free on Amazon from 19, 20 & 23 June, 2013. If you haven't picked up any of Peter Hodgson's publications yet, this is a great opportunity to try one of them for free.  More...   "A well researched and entertaining chilling exposé of the identity of the ‘real’ Jack the Ripper"   Download Kindle - Jack the Ripper   “Bone chilling revelation” …publishedbestsellers.com Download, enjoy the read and consider writing a review on Amazon or Goodreads . Thank you. Jack the Ripper has been nominated for: The People's Book Prize Competition Summer 2013! Please take a moment to vote by clicking this link  ...
Post a Comment
Read more

- June 17, 2013
Excerpt Pauline stood transfixed. The mirror was just what she had been looking for and now, as if by some divine intervention there it was, ready, available and apparently ignored by everyone else. She turned the price ticket over in her fingers and let out an almost inaudible gasp of surprise - £75. The stallholder came over to her after serving another customer and asked if he could help. “No thank you, I was just looking. It is a nice mirror though.” “Belonged to my grandmother. She died recently and we’re clearing out her stuff. These car boot sales really are a Godsend.” Pauline nodded and smiled; vendors at sales would tell any story to offload unwanted belongings, and this one certainly seemed to fit the bill. Nevertheless she hurried off as calmly as possible to find her husband, Derek. The mirror was simply too good a bargain to miss and the move to their new home needed some finishing touches. She found him rummaging through a pile of books at a nearby stall and tug
Post a Comment
Read more
More posts