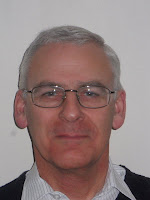 I’m a Derbyshire author, am 61 this year, and have been writing since 2006 when an idea for a family
33 years of earning a living in a professional capacity as an accountant provided the kind of discipline needed to complete novels ranging from 65,000 to 100,000 words. Putting myself through a professional qualification made me realise that there really is no such thing as a Free Lunch, and that the only person likely to take an interest in my career, apart from my wife Lynn, was me.
This is the sort of reality which had stood me in good stead, and allowed me to reconcile to the fact that agencies simply are not interested in unknown, and therefore high risk, authors. I was extremely fortunate to find Pneuma Springs – a publisher prepared to take a risk without the fallback position of relying on an agent to screen the work.I began writing in earnest with short stories on a couple of US writing sites. The short story genre continues as the ideas crop up, and two of them have made the transition into full-length novels already. The change came in 2008, when ‘A Ticket to Tewkesbury’ (a short story of some 3,500 words) evolved into the 65,000 words novel which Pneuma Springs published in that year. I never try to force a story, and always go where the plot leads. This is what happened with ‘Ticket’, and it was a case of playing ‘catch-up’ as the ideas ran ahead of me. The second was ‘The Rings of Darelius, a sci-fi novel in 85,000 words which is scheduled for 2015.
‘saga’ was triggered by the death of my wife’s father.

Follow the link to read full interview
Neal James is the author of five books: 'A Ticket to Tewkesbury', 'Short Stories - Volume One', 'Two Little Dicky Birds', 'Threads of Deceit' and 'Full Marks'.

A Ticket To Tewkesbury
Julie Martin is the most unlikely of heroines in a struggle for supremacy which reaches to the very pinnacles of power within modern Britain. The letter, found amongst her recently deceased aunt’s belongings, sets in motion a chain of events which had their roots in the death throes of Nazi Germany in 1945.
Roger Fretwell and Madeline Colson, two young lovers at the end of hostilities, are in possession of a set of files which fleeing survivors of the Third Reich would rather had lain buried. Now exposed once more, the secrets which they hold put their very lives in peril, and set in motion a chain of events from which there could only be one winner.
Set against the idyllic backdrop of the West Country, Roger and Madeline’s love story weaves its way into the dark and troubled waters of espionage, as competing forces will stop at nothing to gain control of a situation so vital for the future of democracy in modern Britain. The breathless pace of the storyline is unrelenting, as the chase over the length and breadth of the country comes to a shattering climax on the platform of Nottingham’s Midland Station. The final solution to the drama leaves a surprise ending for the reader to ponder.

How would you write to God for clarification on matters of the utmost urgency? Find out how Moses might have done it.
Dry your eyes after a heart-rending tale of Aunty Rose, and the tragic story of Liz when she finds the father she never knew. Shake your head at Mike's naiveté in dealing with a stranger in black, and share with Dave his hidden guilt when Tommy Watkinson returns to talk to his son, Paul.
Fly into the realms of fantasy with James Taylor as he gets lost in a place that he knows only too well, and try to sympathise with Ray when the old couple ask him to save humanity.
Follow Dennis Marks in a trilogy which brings the book to its close as he searches for the truth about his grandfather. This collection of little gems will expose every emotion on the rollercoaster which you are about to ride.

On Saturday 8th April 1975, in a fit of rage, Paul Townley took the life of his father, Harold. The significance of that single event was to affect the rest of his life, as he resolved to make it his mission to rid society of the kind of person that the man had become.
The first killing took place six months later, and over the following fifteen years seventeen more were to follow, as the trail of devastation left by a serial killer covered the length and breadth of England.
Detective Chief Inspector Colin Barnes looked down at the letter which lay on the desk before him. An icy hand gripped his heart as he read once more the details of the eighteen murders. Murders which had come back to haunt him from his past as he realised that he would, once more, be faced with the serial killer who had called himself... Petey.
Follow the chase for Petey, two and a half decades after his first appearance, as its climax takes you across the Atlantic to New York’s JFK airport and into the arms of Detective Tom Casey of the 113th Precinct, in a plot so intricate it will leave you breathless.

George Carter is a man with problems – big ones, and of the financial kind. Accustomed to getting his own way, he rules his roost at Brodsworth Textiles with an iron fist.
James Poynter is a young man out for revenge. Set up for a crime which he did not commit, and by someone whom he believed he could trust implicitly, his sole focus becomes one of retribution against his former boss and the firm which he is defrauding.
His future at Brodsworth Textiles disintegrates one Friday evening prior to his wedding, when conscientiousness overtakes him and he returns to the factory after work to rectify an administrative error.
What he learns in that moment sets off a chain of events which sends him spiralling downwards, and out of a job which had promised to propel him to senior managerial level.
Murder, deception, drug trafficking and embezzlement combine to derail the futures of everyone connected to the company, and set off a Europe-wide chase for the man at the centre of a plot so intricate that the forces of law and order in several countries are thwarted at every turn leading to a stunning climax at Bristol Airport.

Dennis Marks thought he had seen it all. That was before Solomon Goldblum crossed his path – after that, things were never the same again. The trauma which the old Jew had inflicted upon him had brought about a near psychological collapse. That the DCI had been able to conceal the fragility of his mental state from the shrink whom the Met had forced him to see had been down to his sheer determination.
Now, all of that effort was about to be challenged by one of the most daunting figures at New Scotland Yard – Superintendent Eric Staines. The Independent Police Complaints Commission were about to take Marks’ life apart, professionally and personally, and Staines, as one of its fiercest inquisitors, was not a man inclined to show mercy.
A month was all that the DCI had to prove his innocence of a range of charges dating back to his days as a detective sergeant. A career spent putting away the dregs of London’s criminal world was to hang in the balance, and he was, he believed, for the first time...alone.