Showing posts from 2021
Show All

The Scientific and Medical Network Reviews 'The Theologian Slave Trader'

"This is a very unusual and fascinating book with intriguing parallels between the subject - the Danish Ghanaian Fredericus Petri Svane Africanus, who lived between 1710 and 1789. Her own family was involved in the affairs of the Danish slave trading fortress, Christiansburg, where Fredericus also spent some time. The book is in two equal parts, the first giving the background to the story, and the second is Fredericus' own autobiography written in 1748 and addressed to the Duke von Plessen, in the hope of gaining employment. He had a tough life, full of ups and downs, but he maintained a vivid sense of God's providence throughout. The Reader gains a lively impression of his daily life and relationships. For instance, he describes in detail the work of his own slaves dragging large stones destined to build is mansion, which never materialise following multiple arrests and imprisonment. Indeed, his belongings were auctioned and the foundations of his building destroyed. A f
Post a Comment
Read more

Erections in the Far East

Highly enjoyable, self-deprecating humorous travel stories from the Far East Author: David Rowley Join Rowley in his light hearted and self-deprecating antics as he works his way around SE Asia, building communication towers on and off the beaten track. This book is about the exciting adventure, the places, people and cultures in Borneo, Thailand, Bangkok, Vietnam and Cambodia. It’s not all humour and frolics. Rowley also gives a brief but interesting insight into the history of each location and the influence of the western world. Author David Rowley says: “…I have written from the self-deprecating humour angle and would hope that the reader had a chuckle, or at least a smile, every other page or so. Keeping the material clean throughout was perhaps the hardest part, I wanted to avoid lots of swearing which seems to be commonplace in books covering the working man’s environment. Though discussing subjects such as STIs without bordering on the cruder style wasn’t always easy.” …Find
Post a Comment
Read more

Me and My Shadow By Ray Matthews Exhilarating autobiography of 70 year old desert runner and his extraordinary 100 miles run round Rotherham. What kind of man runs 100 miles at the age of 70? What makes anyone want to run 100 miles? Who decides what the right age is to achieve your dreams? Throughout a lifetime, everyone has the opportunity to meet truly exceptional people. Ray Matthews is one of them. From being a cocky ginger haired, Yorkshire lad who just wanted to “have a go at boxing,” to his recent 100km Sahara Desert race, Ray’s life is truly inspiring and anyone seeking to take on the impossible should read this book. Ray writes with a passion that reflects his fervour for life. Feel the emotion as a young Ray takes steps that help him discover the most important mentors; who lead him to make the hardest choices; which made the biggest differences in his life. Find out more “Extraordinary and exhilarating” …publishedbestsellers.com
2 comments
Read more

An intriguing detective mystery novel. The Bones of Murder

While renovating the derelict twelfth-century chapel attached to their new house in rural Worcestershire in 1972, Grace and Benjamin Hothersall uncover three skeletons, which have clearly been the victims of murder. When news of this reaches the newspapers, a series of anonymous letters and telephone-calls begins at the Hothersall residence. Clearly the murders are of not just historical interest, since someone very much alive seems determined to prevent further disclosures. Inspector Wickfield finds himself involved in a complex and baffling investigation, which embraces local witchcraft, a student of the cabala, abduction, a boy’s curse, a hidden will, a stranger in Cornwall, death in a railway carriage – and a Latin textbook of 1563! It nearly proves too much for him, but light dawns eventually and leads to a tense trial which brings the case to a close. As always, the reader is given as much information as the detectives and is challenged to spot the crucial clue in the labyrint
Post a Comment
Read more

An excellent review of 'From Coconuts to Condors'

An unforgettable trip to Brazil, Peru and Bolivia Book Reviews by John Davies*. "Valerie Astill's book is a marvellous account of a challenging three week holiday in Brazil, Peru and Bolivia. Her very readable writing style makes the culture, climate and landscapes of these countries come to life. Her descriptions are incredibly detailed and picturesque making it so easy to visualise the scenes that she describes. Indeed, I almost felt as though I was in the shower with her and the little green frogs! Valerie also gives a warts and all insight into the many difficulties of travel in these South American countries. I thoroughly enjoyed this delightful travelogue - well worth reading, even if you're not going on holiday to South America." ---------- *John Davies is an author, song writer and poet. He is also an athlete and has been the Welsh Masters javelin champion in his age group nearly every year since 1989. He is the Treasurer of Port Talbot Harriers and
Post a Comment
Read more

The Daisy Chain By  Elizabeth Cantle Love and truth conquer all in this stirring story of a family, torn and mended by events both preventable and beyond their control. Daisy is young and determined. Her relationship with her mother, Joanne is a difficult one. She has a deep need to understand her mother and feels the only way to do this is to find out what led to the breakdown of her parents’ marriage. Daisy’s father, Richard has made mistakes in his marriage and almost paid the price no father wants to pay. Katherine, her grandmother, is the key to the truth but what Daisy finds out is more shocking than she could have imagined …. Find out more Author Elizabeth Cantle says “The Daisy Chain proves truth and love conquers all. …as Richard, Daisy and Katherine find out in this difficult but cathartic story of family secrets that shock and change relationships. ” “It’s a family affair” …publishedbestsellers.com
Post a Comment
Read more

World War 2 Re-enacted in a Novel by Karl Brockmann 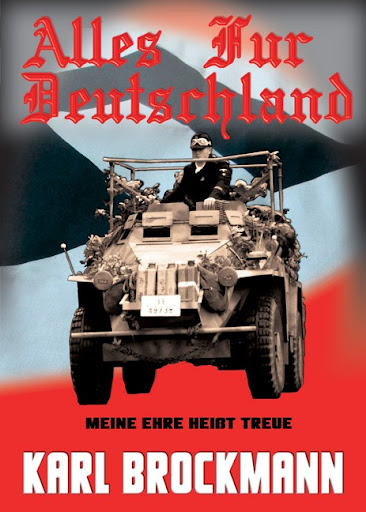 Alles Fur Deutschland   An action-packed, wartime novel about the 1943 Eastern Front featuring retreating German front lines fragmented by a massive Russian offensive. Author Karl Brockmann says “The novel Alles Fur Deutschland originated from my deep interest in this part of our world history. I have been an active member of a WW2 re-enactment society for some years… Over the years I have met many colourful and interesting people including elderly veterans from both sides of the conflict. These gentlemen would often talk about all types of situations they found themselves, situations which most ordinary people could never imagine. It is from listening to these events that I have been inspired to finally put pen to paper and to write my first fictional wartime novel.” Read more... “A sweeping, action-packed, wartime movie, sandwiched between the covers” …publishedbestsellers.com
Post a Comment
Read more

From Pneuma Springs with love! - Unveiling our Valentine's selection 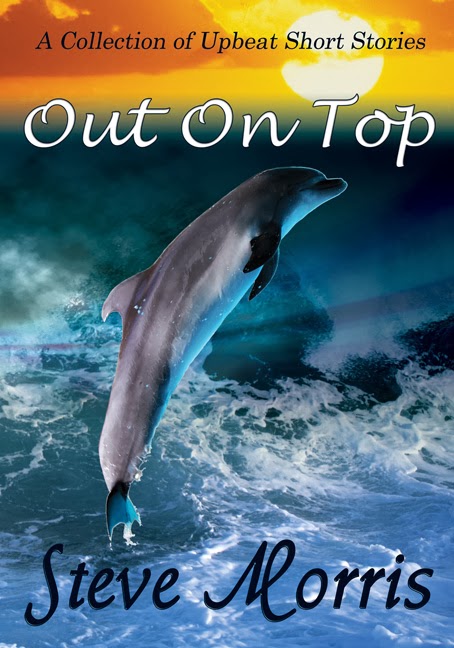 Out On Top - A Collection of Upbeat Short Stories By Steve Morris "Take your pick: - Wrongs put right. Second chances in life. Lost loves reunited." We are long overdue a break. Out on Top is a bag of stories where wrongs are often put right. Instead of dwelling on what might have been, characters get their chances to rectify their regrets and tidy up their troubled pasts. Once-reluctant Romeos, clever creatures and innovative new technology sees the cast of Out on Top get second chances to see the truth finally come out whether it wants to or not. From the author of In All Probability, Out on Top sees Steve Morris return to set a few things straight. .. .. Find out more
Post a Comment
Read more
More posts