- June 29, 2013
Style is often a matter of taste. I daresay that the Falconer style, for reasons that are beyond me, is not to everyone’s taste, but at least his writing: 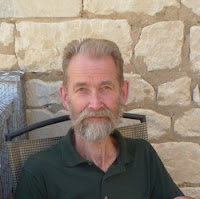 Julius Falconer completed six enjoyable years of university studies abroad (particularly slow, our Julius) before working as a translator back in the UK. Thinking that he could earn more as a teacher, to fund his lavish life-style, he took a PGCE at Leeds University and duly turned to teaching. He slaved away at the chalk-face for twenty-six long years in both Cornwall and Scotland before retiring to grow cabbages in Yorkshire, where he still lives. His wife of thirty-three years unfortunately died suddenly in 2000. He has one daughter, married. In 2009, looking to fill his new-found leisure profitably(?), he started to write detective novels and is still happily scribbling away seventeen books later. His interests include music, reading, walking, gardening and genealogy.
Julius Falconer is a member of the Crime Writers’ Association.