Showing posts from October, 2012
Show All

By Neal James   "The body, or what remained of it, had been found by a dog walker out for an early morning stroll. He had parked his car close to Derbyshire’s Mapperley Reservoir in Shipley Country Park, and let his Jack Russell terrier out of the back of the vehicle, watching her disappear on one of her customary forages around Shipley Lane. Having seen the dog stop abruptly, sniffing the air, ears erect, he was surprised when she vanished into the trees to the right, instead of following their customary course left, and up to the wooded area encompassing the remains of what had been the Miller-Mundy estate. “Where’s the body?” DS Fletcher crushed the stub of the cigarette beneath his shoe after the disapproving look from one of the park rangers..." Read entire story   A published collection of short stories by Neal James titled 'Short Stories - Volume One' is available in the following eBook formats:   Short Stories - Volume One - Kobo ePub   Sh
Post a Comment
Read more 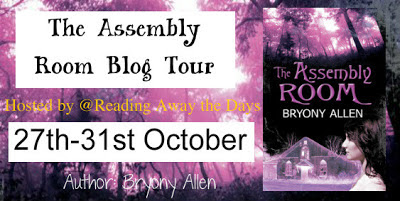 Bringing you exclusive interviews with authors featured in the Book Savvy Newsletter. Our Guest is  Nathan Robertson * Enjoy the interview. Q1. Can you tell us a little about yourself and your book 'The First Six Days? I am currently a research scientist working in the Biotech sector. I feel very fortunate to be working in science as I have the opportunity to investigate the workings of biology on a molecular level and gain an appreciation of the complexity of nature. My book reconciles the world of science and the biblical words of Genesis from the Torah (Old Testament).   Q2. Why did you write this book? A famous proverb in Judaism is that one can study the Torah (Old Testament) and understand the world, or one can study the world and understand the Torah. One only has to scratch the surface of the two worlds of science and Genesis and the perceived initial contradictions dissolve. I realised both science and religion are not only compatible but on the same page, bot
Post a Comment
Read more

Sue Hampton will be speaking at the Marvellous Women Conference

Sue is the author of the soon to be released book - 'Pomp and Circumstances' and she is one of the line up of female speakers to share their stories and life journeys. The Women’s Conference is an occasion to inspire, encourage, ignite passion and give hope to women from all walks of life. A former primary school teacher, Sue always had a passion for English and a desire to work with young children. In 1981, she lost all her hair and began to live with alopecia, which for twenty-eight years meant a series of increasingly convincing wigs to preserve her ‘secret’. Sue is now in demand as a visiting author & leading inspiring workshops and lectures in schools and universities across the county. She will share how her experiences as a woman with alopecia have shaped her as an author. Shunning stereotypes, media spin-offs and marketing trends, Sue values language and real-life courage. Visit organisers event page to book a place Find out about 'Pomp and Circumstance
Post a Comment
Read more

Over a century ago a series of shocking mutilation murders took place in a squalid, overcrowded district of Victorian London. Five women fell victim to a man driven by rage and violent fantasy. The newspapers of the day gave him a chilling nickname, a name that evokes images of gas-lit foggy streets and a top-hatted sinister figure carrying a Gladstone bag. From the outset, the murderer attained almost mythical status merely by virtue of his name and his uncanny ability to avoid detection. The legend of Jack the Ripper was born. Watch Book Trailer   Peter Hodgson is the author of two books: 'Critical Murder' and 'Jack the Ripper - Through the Mists of Time'
5 comments
Read more

'Deadlier Than The Male' or 'A Genuine Fake'? - Watch the Trailer

A book trailer for Fred Maddox's novels. The Novels Deadlier Than The Male - Peter Milton promised himself he would never again live in poverty, as he had done as a child. That promise became an obsession, so great, he robs and cheats to get his way, and it looked like he would succeed but is in for the shock of his life. A Fantastic read. More... A Genuine Fake - A gripping tale of greed and deception with a tightly-woven, deft and thought-provoking plot, centred on the antique business. An obsession for revenge and for money creates a twist in this superb tale. Click the link below to read more. An Absolutely Cracking Read! More... JOSS - A superbly written fantasy fiction novel with beautifully crafted characters. More... Watch Book Trailer The novels are available in popular eBook formats such as ePub, PDF and Kindle (Mobi). ePub - Kobo Deadlier Than The Male A Genuine Fake JOSS Amazon Kindle Deadlier Than The Male A Genuine Fake JOSS PDF - Tesco e
Post a Comment
Read more

Stowmarket author's tale of the supernatural

A book trailer for 'The Kipper Patrol' by Louise Wilkinson.   The Kipper Patrol serves as an insight into the history of this squadron, as well as the history of Thornaby Aerodrome itself. It uses as its basis, a series of interviews with veterans from the squadron and presents their memories of squadron life, along with many of their personal photographs. The book provides an insight into relationships between officers and other ranks within a military organisation and shows how these relationships changed over time..   Book Trailer Louise Wilkinson is the author of two books: 'The Kipper Patrol' .
Post a Comment
Read more

A collection of beautifully crafted and poignant poems

"A good read but left me worried..." Sally Bunn, the Shropshire Star

11 Things Not to Do Before Your Book Launch

- October 03, 2012
"Sometimes what you mustn't do is just as just as important as what you must do." Read the full Articles Source: Huff Post Books
Post a Comment
Read more

Book Giveaway For The Assembly Room On Goodreads and fReado

What do the Suffolk witch hunts of 1645 have to do with Merryn Stearne’s family? Here's your chance to find out.   Goodreads Giveaway - Two paperback copies of the book with a promotional bookmark and postcard.   fReado Giveaway - Three Kindle e-Book copies .    For 14 year old Merryn, the future should have been perfect–a new home in the idyllic Suffolk countryside and romance with Jamie, the gorgeous boy next door. If only the past would stop interfering with the present. Dreams of medieval witchcraft trials become so terrifyingly real that Merryn believes there is a mystery to be solved. With Jamie's help, she uncovers the truth about the Suffolk witch hunts of 1645. Is there a curse hanging over the Stearne family, or is it all in Merryn’s imagination…? Find out more
Post a Comment
Read more
More posts